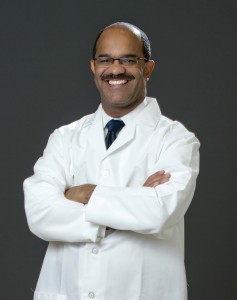 He was raised in Alabama where his extensive family remains. He married his childhood sweetheart & has a young daughter. He enjoys refurbishing furniture in his spare time.

We are happy to provide second opinions regarding your diagnosis and possible surgery.

Dr. Skelton received his Bachelor of Science from Texas A&M University in Biomedical Science. He then spent a short time in Nashville, Tennessee, working in the field of human organ transplantation and volunteering internationally. This experience led him back to Texas, where he obtained his medical degree from The University of Texas Health Science Center in Houston. He completed his General Surgery Residency and his Colorectal Surgical Fellowship at the Houston Methodist Hospital and The Colon and Rectal Clinic of Houston, located in the Texas Medical Center. His training provides him with the added skill and experience to manage complex disease processes of the colon, rectum, and anus. While in residency, he also completed a two year fellowship in transplantation immunology. He has presented his work at several local and national meetings, including the American College of Surgeons Annual Symposium.

Born and raised in the Piney Woods of Texas, Dr. Skelton has spent the last twelve years living in Houston, before relocating to the Hill Country. He met his wife in medical school and they now have two little boys. In his spare time, he enjoys fishing with his children and playing golf. He is a member of the New Braunfels Mens’ Golf Association and the Comal County Texas A&M Former Students Association.

Get second opinions from our Colorectal Surgery Services website

Access your patient portal with your secure login. Login here.